Porting the OV13850 camera to the mainline kernel 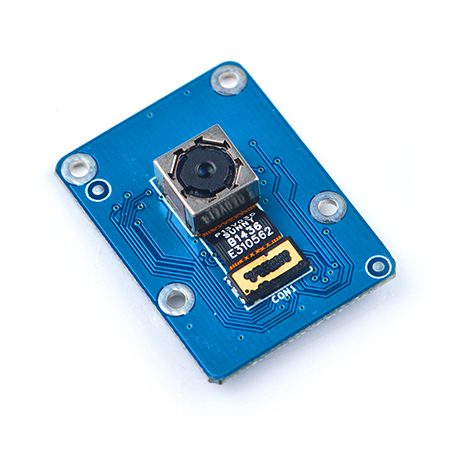 This was the initial question, which bugged me after I realized, that my NanoPC-T4 was equipped with two major problems for my project.
Background info:
The main idea was to get a setup working of an SBC(Single Board Computer) with an RK3399 SOC and a Raspberry PI, in order to properly test the changes I want to produce for the libcamera. A little more background info, the Raspberry PI team has created a really nice IPA (Image Processing Algorithms) interface, which basically performs the job of getting metadata from the ISP (Image Signal Processor) feeding it into a bunch of self implemented open-source algorithms and use the output as parameters to adjust settings of the ISP. My goal is to make a lot of this possible for the rk3399 with it’s rkisp1 ISP, if possible by reusing and generalizing elements of the RPi (Raspberry Pi) code.

Now the problems that I encountered were the following:

So, a solution is required, one possibillity would have been to just buy a rockPi4 (because it has a 15pin MIPI-CSI-2 slot which would fit with the IMX219 camera module). But I have already invested quite a bit into the NanoPC-T4, I want to make it work if possible. Moreover, I felt that this problem was a great opportunity to learn more about device trees. The plan is to port over the driver from the friendlyElec Kernel to the media tree, which involves the following steps:

In the first version of the port, I only change the things necessary for a successful build. Further, I was able to work with this driver already to a good extend, with only a few errors in libcamera and some warnings in the kernel log. The list of changes is really quite small, there was only a missing header as well as a changed function (name and parameter list) and a modified enumerator. Here is the diff:

The driver will probably change in more ways, once I try to merge it into the mainline kernel. But this is currently a
WORK IN PROGRESS…

This step was pretty difficult, first I had to figure out which changes are actually needed. The kernel device tree sources felt a bit confusing as it was unclear to me, which parts are actually required by the device and what those parts depend on. Especially, on the friendlyElec kernel, I found an abundance of files involved with the rockchip NanoPC-T4 board. That is why I first required some kind of summary, which I found by extracting the compiled device tree blob (.dtb) from the friendlyElec image and as comparison, taking the .dtb from the armbian kernel at /boot/dtb/. By using a visual difference tool (like for example Meld), I was able to see exactly which parts where added by the friendlyElec team. The list includes device tree nodes for:

That is a lot of information, so let’s break this down one bite at a time. Which parts do we need for the camera to function? Let’s think about how a camera pipeline works, we have the camera module, which is connected to a MIPI-CSI-2 port via an FCC cable. The MIPI socket is further connected to the ISP, as the ISP needs to get input data from the camera and after further processing and resizing the data is presented to user-space via a /dev file (memory interface). So we can conclude that we only care for the following changes:

Starting with the target device OV13850 at the i2c1 node within the rk3399-nanopi4-rkisp1.dtsi file:

We can identify that the sensor requires a clock, it utilizes GPIO pins 27 and 28 from bank 2 as reset and power-down signal pins. Also, it sets up 2 pinctrl configurations 0 & 1, which contain specific pin configuration for the default and sleep mode. And finally, it creates a port ucam_out0b with a remote endpoint &mipi_in_ucam0b and two data lanes. But there is also a little mystery with the register 0x10, let’s see if we can figure out why it has to be hexadecimal 0x10 or decimal 16.

We are going to look at the following points:

This part refers to the clock used by the driver, why do we need a clock for an image sensor? A brief answer to that question could simply be, to synchronize state changes in memory as most of our hardware works synchonously. (For a longer answer look here: [3])
There are three parts of interest: &cru, SCLK_CIF_OUT and xvclk, the first &cru refers to the clock controller of our rk3399 CPU:

For more details about the clock controller for the rk3399, look here

The second part SCLK_CIF_OUT is about a specific clock used for the image sensor. It has a register ID, set within the <dt-bindings/clock/rk3399-cru.h> file.

And it is defined as a clock for the camera interface within cif_isp0 & 1, where it is also assigned to the name clk_cif_out.

Finally, the xvclk is the name of the clock to be used by the driver. If we look at the driver for OV13850, we can spot the following line:

Now we take a closer look at the GPIOs used for reseting and powering down the device. We can locate the reference within the driver:

I noticed that the armbian tree doesn’t utilize direct pins and instead used macros, for example:

These macros are defined within the include/dt-bindings/pinctrl/rockchip.h file.

In a nutshell, I have to add and configure the two GPIOs to the camera sensor, so that the driver can interact with the device by reseting it or powering it down.

The pin controller is responsible for controlling a set of pins used by hardware. Each pin can be configured for multiple different signals, this is called pin muxing. In our example, we have 2 configurations: pinctrl-0 and pinctrl-1. The names within pinctrl-names are assigned to the configuration in order, meaning:

The pin configuration can be found within the device tree as a child node of the pinctrl node.
arch/arm64/boot/dts/rockchip/rk3399-nanopi4-common.dtsi

These configurations are then used by the driver like this:

This part has drastically changed between the two kernel versions, as the connection is now not implemented in form of: sensor -> mipi_dphy -> ISP, but through a simple connection of the sensor and the ISP. The MIPI physical layer protocol is just propagated for the ISP node. More on this part in the RKISP1 bindings within the documentation.

Here we define the endpoint within the sensor:

Here comes the endpoint at the ISP:

And at the definition of the isp0 node, we define the physical layer:

The port is the data interface of the video device (the point where it connects to other devices) and the configuration for a specific device is called an endpoint.
As you can see below the output endpoint ucam_out0b of the ov13850 camera sensor within the i2c1 node, is connected to the isp0 node through the mipi_in_ucam0b input endpoint. In the definition of ISP, we assign another node as the MIPI-DPHY physical layer, to transport the data from the sensor to the ISP. The data-lanes property describes that there are two data lanes 1 & 2, which are used for transportation of data, while lane 0 is used for the clock.

The mipi_dphy_rx0 node is already set up in the mainline kernel, all we have to do is enabling it.

What is a MIPI DPHY?

It is a physical layer protocol developed by the MIPI alliance. There are several other protocols like the C-PHY or the M-PHY, used for different purposes. The D-PHY protocol is very popular in the automotive and smartphone industry and therefore found within a lot of development boards. A physical layer is the connection point between the camera and the application (camera serial interface CSI) or between the display and the application (display serial interface DSI). [5], [6]

The documentation for video interfaces in device trees contains an abundance of information about the connection of multiple video capturing hardware elements with each other. [7]
Especially the example at the bottom is capable of explaining a lot of ideas at once, I highly recommend reading this documentation.

The documentation [8] describes the reg entry to be: “offset and length of the register set for the device.”

In order to find out more about the correct hexadecimal value to choose let’s look at the data sheet of the OV13850. With some help of my mentor, I was able to figure out, that the answer to that question lies within the ‘6. register tables’ part. Here the following is stated:

2.1.6 Additional elements that were missing in the old version / removed elements

When we take a look at the [bindings documentation] of the RkISP1, we can see that resets and reset-names are two properties, which are not used anymore. So, let us just drop them.

At first, I implemented the image sensor without its power regulators. This works because the system will fallback to dummy regualtors, which bascially means it will act like the regulators are there anyway. But we get some ugly warnings in the kernel log. I was able to implement the regulators by looking at this example, which was kindly pointed out to me by Ezequiel Garcia from Collabora. I took the correct values from the OV13580 datasheet.

Let us summarize all the previous parts into a set of changes, required for a working camera sensor. First we need to add the image sensor to an I2C bus node, we need to assign a 24MHz clock, the required pins, the register value, as well as the power regulators. Further, we will have to connect the image sensor to the ISP through the MIPI physical layer. In order to have a working MIPI DPHY, it will have to be enabled. Finally, we set up the Image Signal Processor and configure it. From the device tree point of view we should be set and ready to go.

Here is the complete patch

When everything is fine and dandy, we can see that there is a chip at i2c-1 address 0x0c:

When the camera was successfully probed by the driver, it will create an entry within the sysfs. We can track down video devices quite efficiently by looking into the /sys/class/video4linux folder.

The driver will also notify it self to the kernel log, when it successfully detected the camera sensor:

3. Use the latest kernel and test the camera

Within this project, I have explained in great detail how to create an image for the NanoPC-T4 with the latest and greatest linux kernel sources. I have utilized the tool armbian for this job. At the bottom of the description, I describe how to test the camera as well.

The tests boil down to the following checklist:

4. Sending it to the mainline kernel